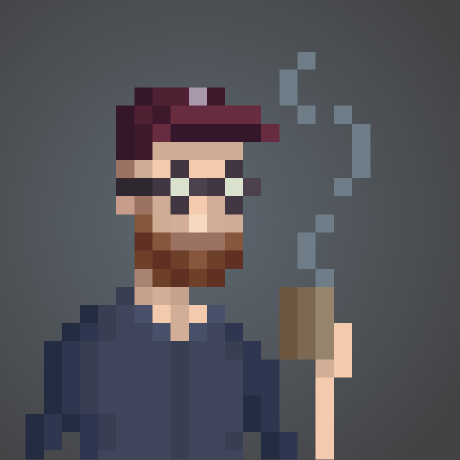 iOS engineer with a love for beautiful code and user interfaces.

When dealing with lazy sequences and generic functions, there are subtle pitfalls you need to be aware of. You could easily negate the laziness and end up drastically slowing down your algorithms.

The other day someone asked in the Swift forums for help on creating a function that return the first transformed non-nil element of an array. The person offered this implementation:

This does work as intended. It evaluates each element in turn, and if the transform returns a non-nil result, the value is returned and the loop is terminated early without evaluating more elements.

Then someone suggested it could be implemented using a chain of standard library functions instead:

— But isn’t the .lazy meant to counter exactly that, I hear you say?
Yes, it is. But in this case, it isn’t.

When creating a closure, it captures it surrounding state needed to run the code within the closure. If the closure is passed on as an argument to a function, and this function stores the closure for later evaluation, it must be marked as @escaping, since the state needs to be stored on the heap. For closures that are executed immediately, this isn’t needed, and the compiler can make optimizations when handling the captured state.

For arrays and collections, the compactMap expects a non-escaping closure, as the collection/sequence is evaluated inline and each transformation is performed before the function returns.

However, for their lazy counterparts, the compact map expects an escaping closure, as the actual mapping is deferred to later, and only lazily evaluated when needed. After all, that is the whole idea behind being lazy!

The many compact maps

The lazy sequence returned from self.lazy is either of type LazyCollection or LazySequence, depending on which one the compiler infers. Each one of these have their own implementation of compactMap, and they also inherit a different compact map each from Collection and Sequence respectively. When you just write self.lazy.compactMap(...) the compiler has to infer which implementation you really want.

In the case at hand, the function is declared as func firstResult<T>(_ predicate: (Element) -> T?) -> T?. Note that the parameter predicate in this case is not declared as @escaping.

That means that the argument passed to self.lazy.compactMap(predicate), restricts the compiler’s choices when it tries to infer which overload to use. Since the parameter is non-escaping, it has to fall back to the one of the non-escaping versions declared in the non-lazy Collection/Sequence.

In our case we wanted to use .lazy so we didn’t have to first evaluate every element of the input array, only to just pick the first result and throw away the rest. We could solve this by changing our method signature:

However, our function isn’t really escaping is it? Since we terminate the sequence with .first, we will actually walk the sequence, one-by-one, performing the transform on each element as we go, and stop when we find the first passing result! This means our function will block execution and return without actually escaping the scope.

As luck would have it, there is a method named exactly like this. And it does exactly what we want: Allows a non-escaping closure to temporarily be used as if it were allowed to escape. As the documentation says:

You can use this function to call an API that takes an escaping closure in a way that doesn’t allow the closure to escape in practice.

So here it is, without actually escaping:

These kinds of bugs can be hard to spot. Since the code is valid without the escaping/non-escaping dance, the compiler doesn’t complain, and the result is correct. For small array, you may not even notice the slowdown. But without actually noticing, you may have added a useless .lazy.

You May Also Enjoy

Today I had the need to generate an infinite repeating sequence from a fixed ordered collection of elements. That is, from the items a, b, c, I needed an inf...

Although Swift 4.1 brought many improvements to Swift, it was intended to be source compatible with Swift 4.0, so most improvements where purely additive. Bu...

Swift 4.0 added support for strongly typed key paths. A KeyPath<A, B> is a type that defines a path from a root type A, through zero or more hoops, to ...

When working with collection views (and table views) in UIKit, you have to implement a data source which feeds the collection view with cells. Since a collec...